Digging the gold in silence! 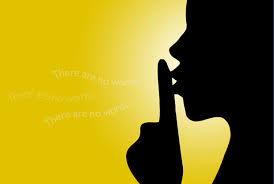 In today’s world dominated by the social media, when the need to be publicly heard is so important, somewhere down the line we need to find the golden touch behind silence.

“He who knows does not speak,” said Lao Tzu, “And he who speaks does not know.”

There is a beautiful story to share. Once a man wanted to sell an antique watch which he had. It was a proud possession which he had inherited from his forefather. He decided to sell it off thinking that the market would appreciate such an old, unique and antique thing and he could pay off his debts. He went to a man who showed some interest in buying the watch but he was known to be miser. So the man who owned the watch fixed a meeting with his potential buyer. There was something in his instinct that told the man with the watch to stay quiet and simply listen to his potential client. When finally it was time to fix the price of the watch the miserly man quoted a price 5 times higher than the man with the antique watch had actually planned to quote initially. He sold off the watch, made a fortune, paid off his debts and thanked his good stars and inner voice that he chose to stay quiet and listen first.

They say speech is silver but silence is golden. There might more wisdom in this saying than what appears to us. In a number of scientific experiments, researchers have learnt that speaking raises blood pressure while listening lowers it.

So many times silence is the best tool for self-defence and the greatest weapon too. When a couple has an ugly fight and one of them is fuming in anger but if the other one chooses to stay silent, the angry partner automatically begins to cool off. But if both of them cry and scream their lungs out, the relationship turns sour.

Having strong opinions, often rigid ones, arguing, trying to make yourself right and spewing venom with ones words destroy inner silence, peace and solitude. They do not help you live in tranquillity.

How many times have you regretted saying something without thinking first? Aplenty. Right?

Silence also strengthens a relationship. Couples who are comfortable in each other’s silence stay happier and more at peace.

What if you listened a lot and offered your opinion less? What would happen if you offered information or advice only when people asked you for it? What if you offered chitchat rarely, and did a lot of listening and observing and thinking about things? What if you choose to spend time in soltitude than always hovering in the company of others? Think about it. And each day just try spending at least 15 minutes in silence and watch magic unfold.